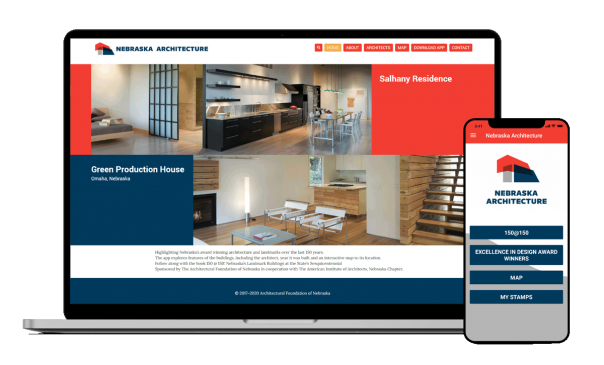 The Architectural Foundation of Nebraska in partnership with AIA Nebraska and the University of Nebraska Omaha have created an app that highlights Nebraska’s award winning architecture and landmarks over the last 150 years. This includes winning images from the AIA Nebraska Excellence in Design Awards program and the book 150 @ 150:  Nebraska’s Landmark Buildings at the State’s Sesquicentennial.

The app explores features of the buildings, including the architect, year it was built and an interactive map to its location.

Download the free app on iOS and Android devices by searching “NE Architecture” or visit the website www.nebraskaarchitecture.org.

Please note: The stamp collection feature is yet to be fully developed and will be available soon.

Thank you to the following contributors of the Nebraska Architecture app: 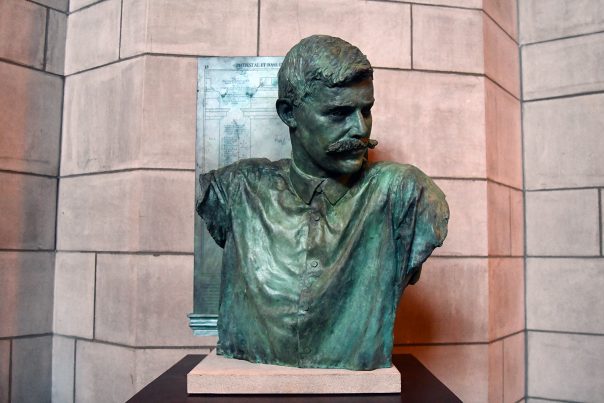 Thomas Rogers Kimball (April 19, 1862 – September 7, 1934) was an American architect in Omaha, Nebraska inducted into the Nebraska Hall of Fame on June 25, 2019. See feature from History Nebraska.

An architect-in-chief of the Trans-Mississippi Exposition in Omaha in 1898, he served as national President of the American Institute of Architects from 1918–1920 and from 1919-1932 served on the Nebraska State Capitol Commission.

Kimball was credited with pursuing 871 commissions, which included designing 167 new residential buildings and 162 new non-residential structures, served as architectural adviser to commissions responsible for erection of Missouri and Nebraska state capitols, the Kansas City Liberty Memorial, and the Indiana state war memorial in Indianapolis, and was member of national council of fine arts established by U.S. President Theodore Roosevelt to evaluate all plans for public buildings, monuments, and statutes.