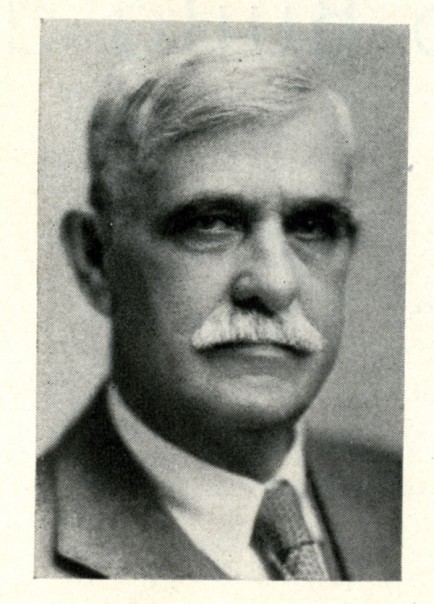 In 1920 an architectural competition was held in Nebraska to commission an architect to design and oversee construction of a new State Capitol. Bertram Grosvenor Goodhue of NYC was ultimately selected from a very distinguished field of competitors, including McKim Mead & White, Paul Phillippe Cret, John Russell Pope and others whose works line the National Mall in Washington DC. This incredible field of local and nationally known architects were in the competition because of the very skillful, “behind the scenes,” guidance of one of Nebraska’s first nationally prominent architects, Thomas Rogers Kimball, FAIA of Omaha.

The Nebraska Capitol Commission, created in 1919 by the Legislature to represent the owner (the State) in creating this new home for State government, was composed of five members: the Governor who chaired this body; the State Engineer who served as its secretary; and three citizens, one appointed by the Governor from each of Nebraska’s Congressional districts. Distinguished as the Commissioners were in their individual fields of endeavor, none possessed the expertise, experience and especially the knowledge of the profession of architecture at all levels to entice the quality of expertise the Commission sought for Nebraska’s new building. The Commission wisely recognized this shortcoming and looked for someone who possessed the architectural and design expertise to serve as the Commission’s Professional Advisor to guide them through the process of selecting the best of all the applicants to serve as Capitol architect.

At the same time the Commission was gearing up for this architectural competition, Omaha’s Thomas Rogers Kimball, FAIA, had just completed two years as AIA’s national president from 1918-1920. Kimball was the first from Nebraska to serve at this national level. The only other AIA national president from Nebraska was W. Cecil Steward, FAIA, from 1991-1992, Dean of the University of Nebraska–Lincoln, College of Architecture at the time. Among his peers Kimball was an obvious choice. He was eminently qualified for this advisory position because of his extensive career and significant accomplishments. Kimball also possessed a sterling reputation as a leader nationally and locally, and was well acquainted with many nationally recognized architects of his day.

Competitions for large public buildings were common during this period, but such events were often plagued with corruption and deception. Publically funded projects would often be run through the guise of open competition inviting national firms to compete, only to see a small, local firm win the commission. The national firms were often used purely for creating the air of respectability and soon realized the financial and professional pitfalls in these unwinnable competitions. His reputation preceding him, all invited local and national firms had the assurance if Thomas Kimball was administering the program, no such false representation or impropriety would occur. All firms knew they would be treated fairly, which assured Nebraska of an outstanding field of competing architects.

Kimball had so skillfully written the Rules for the Competition and narrative for the State’s Program for a new building, it garnered praise from many competing firms. After his success in the competition Bertram G. Goodhue credited the State’s (Kimball’s) Program as having been written so well and openly, especially because it had not specified a particular architectural style. Goodhue embraced this freedom to create a new architectural form in his visionary design submission. In addition to his freedom of design criteria, Kimball conducted a “double-blind competition” process where the names of the competing architects were not known to the three non-competing architects on the jury. Conversely the names of the jurors were unknown to the competing architects; disclosing the jurors’ names to the competitors could tilt the field of competing designs toward the style most favored by the architects on the jury. By keeping personalities on both sides of the competition anonymous, designers were free to create without the bias of a known jury and the designs submitted were judged purely on architectural merit and not on firm names or a juror’s friendships within those firms.

Goodhue’s remarkably innovative and unique design for the Nebraska Capitol embodied the evolution of American architecture in the early Twentieth Century. Today, almost 100 years later, we know the importance of this great monumental building built by and for Nebraskans. The Nebraska Capitol was borne from the wisdom and creativity of an all-too-unsung Nebraska architect, Thomas Rogers Kimball, FAIA.

Robert C. Ripley, FAIA, is the Capitol Administrator for the Nebraska State Capitol