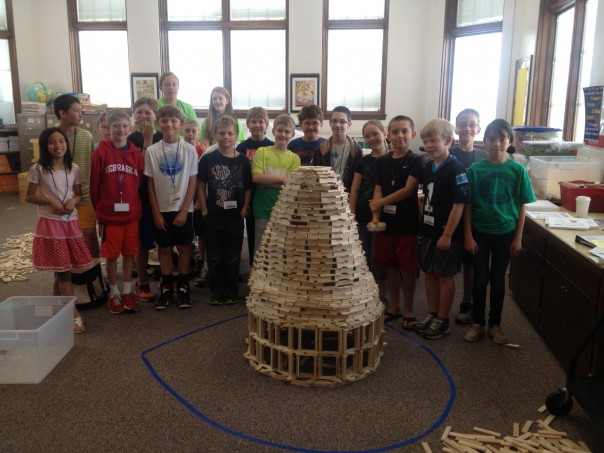 “We also emphasize in the class that it takes many more than one person to build a great structure. We discuss that if the welder didn’t get along with the electrician, then the building wouldn’t progress. Just like this, we break apart into groups of eight or so and build structures as teams. Once each group has a prototype, we analyze each other’s structures and give ‘constructive criticism’. Then, we break down what was built and decide on a master plan to build.”

“With the dome, we sat in a huge circle. We had a plan for repetition and one-by-one, a child would place a KEVA Plank or two. Of course, there were mishaps and the day we had reached the top, one boy simply bumped into the dome and we had to begin all over again. The second dome went up in about an hour with the amazing teamwork and the knowledge the kids had learned from building the prototypes and the first dome.”