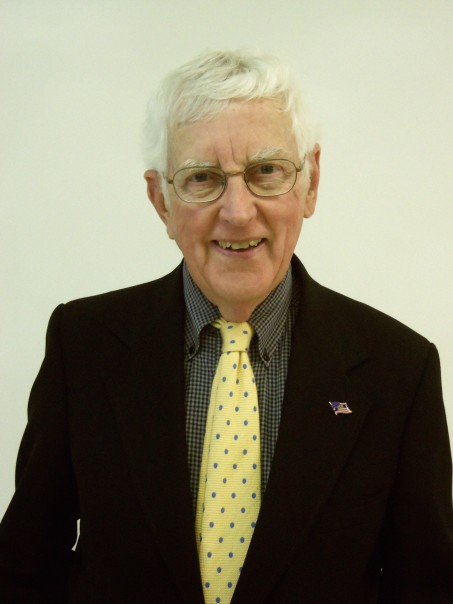 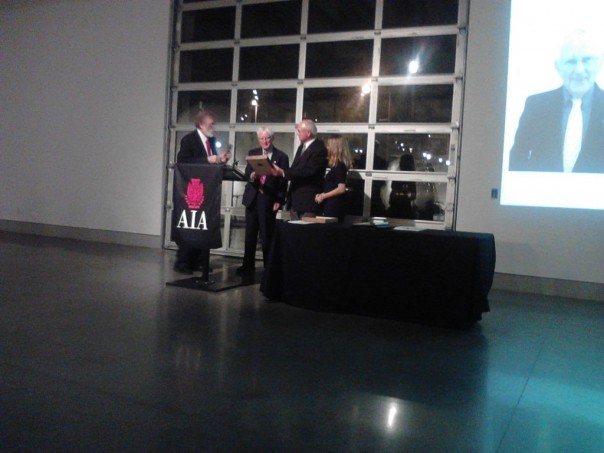 Bryce Hastings receiving his award in recognition of his extraordinary services, October 2013

The Architectural Foundation of Nebraska was organized in 1981, but experienced a period of decreased activity in recent years.  Bryce Hastings, AIA, is responsible for reviving the Architectural Foundation of Nebraska and helping to shape what it is today.  After five years he is stepping down to spend more time with family and friends, and hopefully, more time relaxing!

Bryce grew up in Kansas City and St. Louis, attended Cornell University in NY and graduated with his architectural degree from Washington University in St. Louis. Soon after his service in the United States Air Force, he founded what has become Hastings & Chivetta Architects, Inc based in St. Louis, MO which has celebrated over 50 years in business. The firm, with offices in several states, designed homes, hospitals, churches and more before settling on becoming nationally known for sports and recreational facilities for communities and colleges.

In 2001 he married Sandra Hilsabeck and moved to Lincoln, NE. In his retirement years he has continued to be involved with building projects with the Salvation Army, Eastridge Presbyterian Church and family and friend projects. His favorite hobby is downhill skiing which he has enjoyed in his travels with family and friends to Austria, Switzerland, France, Spain and Canada. Colorado continues to be his favorite place to ski but he also enjoys Idaho, Wyoming and California ski areas.

Bryce and Sandra have 14 grandchildren including one great-grandson and travel five states to participate in activities with them. He has been instrumental in teaching 10 of the grandchildren to ski and creates original plays for them to perform at Christmas.

Bryce has had a direct impact on every project the AFN has taken on since 2009.  Most recently, he pushed for NET to produce a documentary of the Nebraska State Capitol, which resulted in the hour-long Nebraska’s Capitol Masterpiece.  He helped to create and continue the AFN and AIA Lincoln Architects’ Home Tour, reinstate the Distinguished Commitment to Architecture Award, establish the Keva Planks exhibit at the Lincoln Children’s Museum, and create the educational DVD 30 Architectural Gems, aimed at elementary students.